From Car Services to Con Men: How Crowdsourcing Changed Our World in 2015 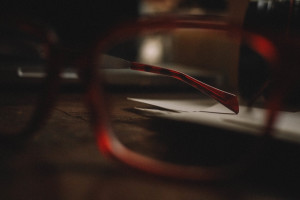 Crowdsourcing has evolved every year since the term was originally coined in 2005. Ten years ago, it would have been impossible to fathom how crowdsourcing would change the way businesses and freelancers produce work today.

Here are some ways crowdsourcing made waves in 2015.

Uber versus its own drivers

The Uber car service, which uses a fleet of freelance drivers, has faced opposition from cab companies and some local governments virtually since its founding in 2009. In one particularly notable 2015 case, Uber drivers in California sued the company in a class-action lawsuit.

The plaintiffs claimed Uber unfairly classified them as independent contractors and claimed misleading practices regarding tipping. On Dec. 9, a federal judge greatly expanded the scope of the California lawsuit, increasing potential damages to millions of dollars. Arguments continue in the case.

Fans of Joss Whedon’s short-lived but beloved sci-fi western TV show Firefly are called Browncoats, and they’re as dedicated as a fan base can be. Their passion for the show was enough to spur a film adaptation, Serenity, in 2005. But what Browncoats achieved in 2015 took it to another level.

Alan Tudyk came up with a plan to reteam with his Firefly costar Nathan Fillion for Con Man, a web series following a fictional sci-fi actor (played by Tudyk) and his experiences on the fan convention circuit.

Tudyk, Fillion and their co-producer PJ Haarsma launched a crowdfunding campaign on Indiegogo on March 10. The campaign raised more than $1 million in 24 hours and $1.4 million in 35 hours – both of which set new records for web series crowdfunding.

Many people likely think of Snapchat as just a trivial video messaging app for teens and twentysomethings, but the $16 billion company behind the app broadened its horizons in 2015. It took tentative steps toward becoming a major provider of real-time crowdsourced news, essentially a video-oriented alternative to Twitter.

Snapchat’s new initiative was on display for the horrifying mass shooting Dec. 4 in San Bernardino, California, where 14 people died and 22 were seriously injured. Snapchat used its Discover feature to curate user-documented images and videos into news reports, providing its more than 100 million users a dramatic account that couldn’t easily be replicated by mainstream media.

The industry leader in crowdsourced content closed out 2015 with a big announcement. In November, CrowdSource revealed it was rebranding as OneSpace.
More than simply a name change, the evolution to OneSpace includes the initiation of a new platform with direct access for businesses. OneSpace is also providing innovative ways for its writers and editors to showcase their abilities.

With so much progress in the crowdsource space in 2015, one can only imagine how many developments are in store for 2016. Crowdsourcing continues to reshape our world as we enter the new year.