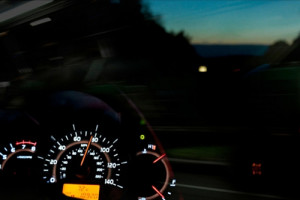 In late January 2016, General Motors announced the launch of Maven, a car-sharing service that promises to be a user-specific, personalized, on-demand transportation solution. Maven allows users to reserve a vehicle (Chevy Sparks for now, with Bolts following soon) with a smartphone app, then use that same smartphone to unlock and start the vehicle.

The service combines three of GM’s on-demand mobility platforms, including the remnants of defunct ride-sharing startup Sidecar, which GM bought at the end of 2015. The 40-person Maven team includes experts in motor-vehicle technology from Google, Zipcar and Sidecar, combining multiple perspectives on car-sharing, ride-sharing and automotive technology to develop a new, personal mobility service.

Initially available to faculty and students at the University of Michigan in Ann Arbor, where cars are available in 21 parking spots throughout the city, Maven will spread to additional U.S. metropolitan areas, including New York City and Chicago, in 2016.

GM plans to offer multiple services under the Maven brand, including City, the car-sharing program that GM plans to expand to other U.S. cities this year; Residential, which will give on-demand access and preferred parking options to residents of select apartment buildings; Peer-to-Peer, a program designed to give residents of urban areas a way to share access to their seldom-used vehicles; and Campus, a test program for Maven offerings on several college campuses in the U.S., Germany and China.

The service is free to join, and the use of a vehicle costs Maven users as little as $6 per hour, which includes fuel and insurance, making the service both affordable and convenient. Users are also granted personalized access to Android Auto, OnStar, Apple CarPlay and SiriusXM for the duration of the rental.

While it shares consumer space with ride-sharing programs like Uber, GM president Dan Ammann points out that Maven is not a ride-sharing service. “When we talk about ridesharing,” Ammann said, “we are talking about the business Lyft is in where you are being driven. Car sharing is when you are driving a vehicle on a short-term basis.”

The move into on-demand transportation may seem unusual for a traditional automobile manufacturer like GM, whose business model relies heavily on the consumer’s need for vehicle ownership. Julie Steyn, GM’s former vice president of corporate development who now heads up Maven as GM’s new head of urban mobility, doesn’t see it that way. In fact, she believes GM needs to work to disrupt that model. “With more than 25 million customers around the world projected to use some form or shared mobility by 2020,” she said, “Maven is a key element of our strategy to changing ownership models in the automotive industry.” Steyn believes “the [automotive] ecosystem is evolving and what Maven is doing is giving on-demand mobility services to folks who otherwise wouldn’t have cars. We’re exposing a lot of new faces and younger faces who wouldn’t otherwise have access to our products.”

GM may be taking a long view with the launch of Maven, positioning itself for a future in which driverless cars are no longer science fiction but consumer reality. Ride-sharing services like Uber currently offer substantial conveniences that an on-demand vehicle rental service like Maven cannot, especially for those unable to drive themselves – for now. Given GM’s aggressive research into driverless vehicle technology, including “Super Cruise,” which will allow a car to drive itself on a highway, Maven may be laying the foundation for an autonomous fleet that could render the drivers hired by services like Lyft and Uber obsolete.

In a world with no need for human drivers, an affordable vehicle rental that is quickly customized to user preferences through smartphones or other mobile devices could be an indispensable tool, offering personalized transportation, privacy and autonomy to users who no longer need to own vehicles, all at an affordable price.

Or at least, that seems to be the gamble GM is making with its investment in Maven.