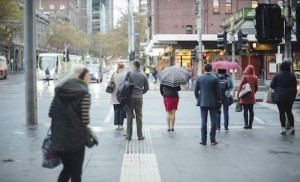 In a perfect world, every person’s level of success at work would be based on merit. The most qualified and capable candidate would get the job. The employees who work hardest and produce at the highest level would be promoted first and paid best. Worker evaluations would be entirely objective and based on clear, quantifiable achievements.

But this is not a perfect world. Discrimination based on appearance remains an issue even in 2016. Studies show that women make only 79 cents for every dollar paid to men, and the gap for women of color is even larger. Job candidates who submit resumes with names that sound traditionally “white” get more interest than those with names that sound “black.” Even height matters: Studies show that tall people make more money, on average, than short people.

There ought to be a better way. And, in fact, there is.

While the traditional business world will always remain susceptible to issues of bias and prejudice during the hiring process and while workers are on the job, digital freelancing provides a much more even playing field.

It’s as simple as this: When you’re working from home, it doesn’t matter what you look like. The client couldn’t care less about your gender, race, sexual orientation, religion, height or weight. The client doesn’t give a single thought to whether you’re in a wheelchair, whether you’re covered in tattoos or piercings, or whether you’re a dog person or cat person.

If you’re doing great work and providing an excellent value, as far as the client is concerned, you could be a Martian. (Just not The Martian, because that’s Matt Damon, and not many clients can afford Matt Damon.)

To be fair, working in the crowdsourcing field isn’t entirely an anonymous vocation, so it doesn’t remove all possibility of bias. While some clients accept the use of pseudonyms, most require that contributors use their real names – thus potentially providing clues about one’s gender and ethnic background.

However, this line of work does remove a lot of concerns about bias based upon physical appearance. Many clients couldn’t identify their crowdsourced contributors from a lineup, and vice versa.

And that’s fine with all parties. Freelancers don’t care what their clients look like; they just want to be treated with respect and paid appropriately – and, if possible, quickly. Clients don’t care if a freelancer looks like Jason Statham or Jason from the Friday the 13th movies; they just want the work to be accurate and turned in on time.

Letting anything else get in the way just gets in the way of business – and in its purest form, digital freelancing is everything that’s right about business: Top-quality freelancers get access to the best work opportunities and pay. Top-tier clients attract and retain the best freelancers. And no one cares what anyone looks like or what people do when they’re not working. Which is how it should be.

Labor laws have come a long way in reducing employment discrimination, but as long as people have to interview in person and work in offices, biases will always play a role. Crowdsourced labor removes a lot of those potential biases, letting people’s work speak for itself.