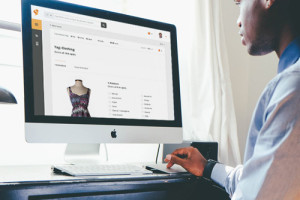 For certain vocations, specific tools are absolute requirements; if you can’t access – or afford – the equipment required, all the training and education you’ve received simply won’t cut it. Whether you’re a plumber in need of wrenches and augers or a graphic designer in need of photo-editing software, you must have the right tools to successfully practice your trade.

While Software as a Service (SaaS) doesn’t necessarily help plumbers or carpenters purchase the physical tools of their trades, it is uniquely suited to helping workers whose access to job-critical software has previously been limited by geography, budget or both. SaaS is changing the world – and the workplaces within it – in significant ways.

SaaS is a powerful evolution of the traditional model, aka “software as a product.” In the past, if you needed Adobe Photoshop or Microsoft Office, you had to purchase the physical software and install it on your computer. With SaaS, instead of selling software on physical discs, providers host their programs (or apps) in the cloud and grant subscribers licenses to use them. This new business model offers software providers and users major benefits.

One of the most obvious benefits of converting to the SaaS model is the immediate up-front savings. Under the traditional model, the user would buy a software package, such as Office, and install it on a single machine. Such a software suite could cost more than $100 for all of the included applications. Outfitting every computer in a 1,000-person company could eat through a budget quickly.

SaaS requires that only one copy of the software suite be hosted on a remote server. Users then pay a fee, typically a fraction of the cost of buying individual copies of the software, and start using the whole suite right away.

There’s also a financial benefit to the software provider, particularly if the solution in question previously was distributed on physical media: All of that production and delivery cost vanishes when the tool is distributed digitally. Also, the provider gets recurring revenue by licensing software, instead of a one-time purchase that only creates profit from a single sale.

Another key benefit of SaaS is multi-device compatibility. Previously, most users had to purchase a separate copy of a program for every device they owned. This wasn’t a big concern for people who typically worked from one or, at most, two computers, but setting up even the smallest of businesses magnified the one-license-per-device problem until expansion became prohibitively expensive.

Today, laptops are standard-issue equipment for most white-collar workers, and virtually every professional does at least some work from a tablet or smartphone. By hosting an application in a single location, SaaS coordinates inputs and outputs across devices. This provides a substantial benefit not only to white-collar workers but also independent contractors, letting them access software and included files from a variety of devices simply by going online.

Another benefit of SaaS is how it’s changing work overseas. Remote hosting creates an environment in which everyone has access, at least theoretically, to the most advanced software on the market. As long as you can get online, you can access these necessary digital tools.

With SaaS, people living anywhere in the world – from rural areas in Africa to the poorest villages in Asia – can coordinate creative work with coworkers in business capitals such as New York and London. This technology is creating a more level playing field for workers across the globe, effectively creating a “flat world,” a term popularized by journalist Thomas L. Friedman in his book The World Is Flat: A Brief History of the Twenty-First Century .

Request your invitation to be one of the first companies to test drive OneSpace’s upcoming SaaS platform and redefine the way you work.