The Myth of Magical Months 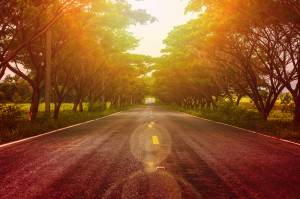 No, this isn’t a horribly outdated blog post. Stay with me.

Every November 1, a bunch of people who don’t write all year sit down at their keyboards and commit to finishing a novel by the end of the month. Some stalwart few manage to bang out 50,000 words. Some of them even end up with a finished novel.

Most don’t make it a week.

As freelancers, we write for a living. We don’t need National Writing Month. We have Constant Writing Life. NaNoWriMo is amateur night. You and me, we’ve banged out 50,000 words in a weekend, on demand, with nothing but caffeine and a burning need to keep the lights on driving our fingers into the keyboard.

Every January 1, a bunch of people who don’t exercise, diet, spend less than they earn and otherwise follow their dreams commit to becoming healthy, skinny, financially-secure day seizers by the time the holidays roll around again. It’s a tradition. An annual reinvention of the self. A vow to improve ourselves.

Some stalwart few manage to stick to their new habits for a month or two.

Most don’t make it a week.

I bought a gym membership. Because if you don’t buy a gym membership, you can’t go to the gym every day for a week (oh, all right, every other day – fine, Tuesday for half an hour) then forget you have the membership until the fee gets deducted from your bank account.

You’re nodding your head. You recognize the cycle. The pattern. The futility. Even as you’re doing it, you know you won’t see it through. But it’s a tradition, New Year’s Resolutions, and you feel like the only part of it you can stick to is making them and breaking them.

A year is a long time. Plenty of time to lose momentum and give up. But we’re freelancers. We know how to manage multiple little projects at once and we know how to write, which means we know how to edit.

Maybe you didn’t lose any weight last year because you resolved to stop eating sugar. All year.

Edit that. Be more specific. Resolve to lose five pounds instead. Doesn’t matter how you do it. You can eat better. You can exercise more. You can do it in a month. You can do it over six months. But you can get there. Then you can make another plan to lose another five pounds.

Maybe you didn’t save any money last year because you resolved to save $5,000.

Edit. Resolve to save $50 instead. Pack a lunch a couple days a week and pocket the $15 you would have spent. Heck, you’re making progress on those five pounds while you’re at it. Once that $50 is in your savings account, you can make a new resolution to add another $50 to it.

Don’t make any more resolutions. Those two will do for a start. Pile on too much, you’ll set yourself up to fail. Get those two down to habits; add another in a month or two.

You might fail. You’ll probably fail. So will I. I’ll ignore my gym membership and my diet and my blog But then I’ll remember that January is no more magic than November, and if I can write in December, I can exercise in February.