It’s no secret that e-commerce has created enormous disruption in the retail market. Digital channels are experiencing stellar growth, with online sales increasing 65% over the past five years. However, behind these impressive headlines, many retailers are struggling to make their online operations profitable.

Nowhere is this truer than in grocery, which is one of the reasons why the sector lags in terms of online penetration. In 2016, just 2.7% of all food and grocery sales were made online, the lowest proportion of any retail sector.

Despite the lack of online progress by traditional grocers, some relatively new entrants into the market are finding ways to make selling food online profitable. San Francisco-based Instacart, founded in 2015, is one of them. 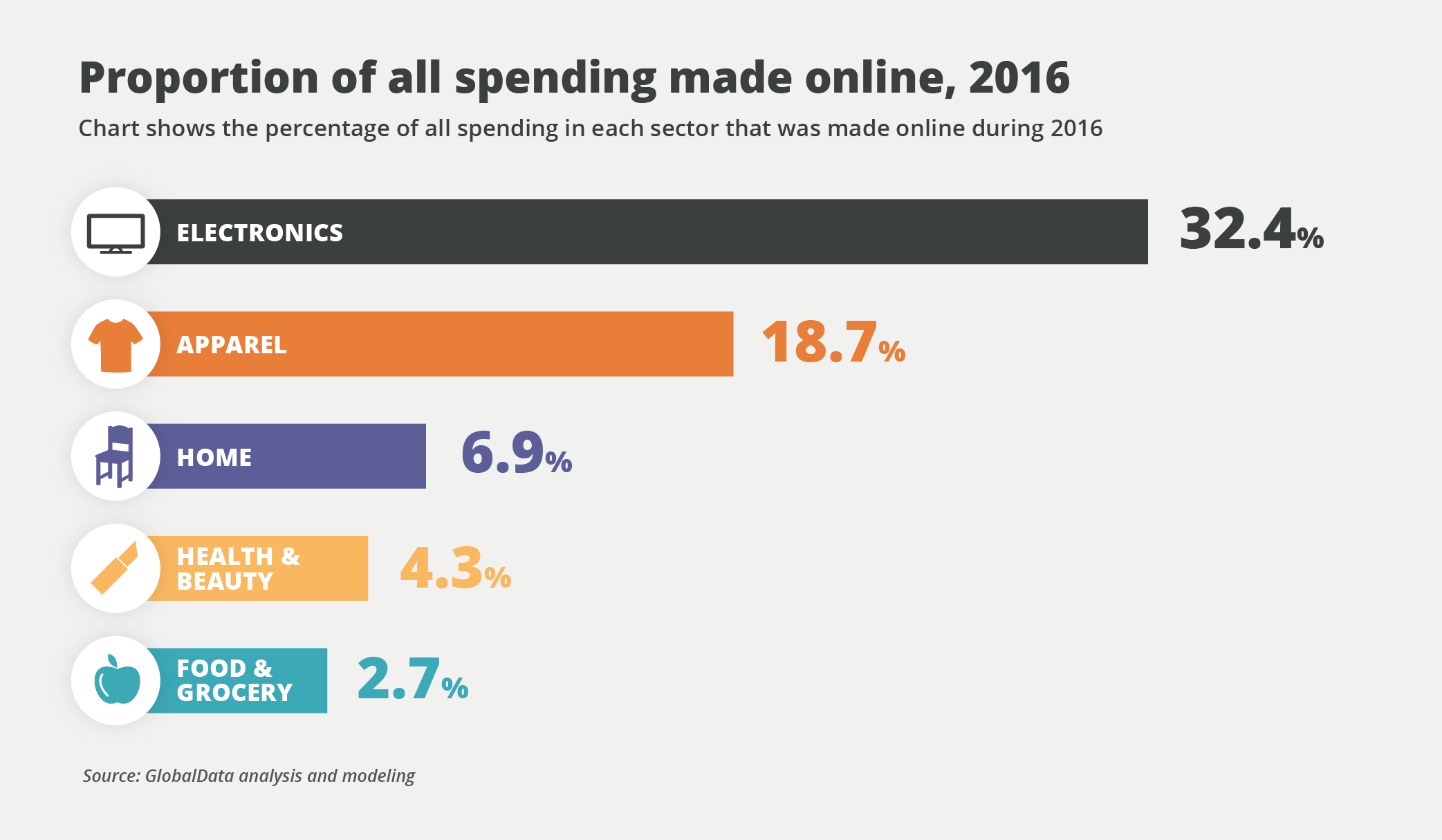 A lack of means, not of desire

One of the reasons many traditional grocers have eschewed online is that they cannot find a profitable way to make it work. As a low-margin, volume-intensive business with perishable products that require quick delivery in special temperature-controlled vehicles, online grocery is both complex and expensive. If consumers were willing to bear the full cost of delivery, profitability wouldn’t be as much of an issue. However, reluctance to pay delivery fees is higher in grocery than in almost any other sector.

While many grocers believe that investments in online channels will generate weak returns, they’re also aware that digital sales and the popularity of buying food online are steadily increasing. As such, they understand full well that a failure to provide consumers with at least some sort of online option in the present runs the risk of ceding market share in the future.

When Amazon acquired Whole Foods, this risk became much more significant. The move confirmed that Amazon was serious about moving into grocery, and it forced supermarket executives to focus their collective attention on how they could crack the challenges of selling online.

Many grocery retailers have turned to third-party delivery services such as Instacart as a solution to the profitability problem. Instacart’s platform allows existing retailers quick and easy access to online consumers, eliminating the need to build out expensive internal infrastructure or systems. From a retailer’s perspective, there are no major upfront investments, other than the costs associated with the partnership. Customers use Instacart’s platform to submit their orders, and sales are made through the retailer’s existing brick-and-mortar shops.

How does Instacart succeed at online where traditional grocery retailers fail? The answer lies in its business model, which revolves around four main principles.

The problem with fixed infrastructure such as warehouses and fleets of delivery vans is utilization. These assets and the staff that attend to them need to be paid for, regardless of how much they are used. And given the uneven demand in grocery, most retailers tend to build too much rather than too little capacity.

By using a mix of independent contractors and full-time employees, and by picking orders directly from stores, Instacart avoids this problem. It can easily scale up and down according to demand: if demand for delivery falls, it simply uses fewer contractors, and its costs drop accordingly.

Building and maintaining a first-class website is expensive, especially when it has to support multiple channels. Even when they do invest in e-commerce, many grocers are not particularly good at creating compelling digital experiences, especially in a category like food, where there is a wide selection of products and multiple variations in pack size.

Instacart has invested considerable time and resources into creating a platform that provides its customers with an unparalleled online grocery shopping experience, developing a website and mobile app that are intuitive, easy to use, and engaging. The development and maintenance costs for this platform are shared by all who use it, which allows Instacart to dedicate far more time and resources into improving its platform than would be feasible for most grocery retailers.

In a country like the U.S., where many distribution centers are required to support a nationwide delivery service, rolling out online grocery delivery can be a lengthy process for traditional retailers. However, without any fixed infrastructure, it is relatively easy for Instacart to expand its service to new markets. The concept is almost “plug and play,” which is one of the reasons Instacart is on track to reach an impressive 80% of U.S. households by the end of next year.

Instacart’s operations are able to drive consistent volume in a way that many traditional retailers would find challenging. This is in part due to the fact that Instacart is brand-neutral and attracts consumers from across the grocery world. It services customers of Costco, Wegmans, Aldi, Publix, Kroger, and many others, meaning it wins even when shoppers defect from one brand to another. Being the go-to online destination for so many grocery shoppers has also created incremental revenue opportunities from brands wanting to reach more consumers.

In essence, the Instacart model provides an innovative solution to the problem of how to profitably deliver on the growing demand for online grocery.

What does the future hold?

Amazon’s acquisition of Whole Foods was heralded as the death knell for many traditional grocers. However, in reality, the move will likely convince supermarkets to up their game – especially in online, where it is feared that Amazon will make significant progress over the next few years. This is good news for Instacart, which has already seen a heightened level of interest in its service since the Amazon-Whole Foods deal was first announced.

With healthy demand for its services at home, Instacart can also capitalize on opportunities overseas. The company recently struck a deal with Loblaws in Canada, and contracts with other foreign grocers are likely to follow.

Instacart’s flexibility also means it can more easily enter less mature grocery markets where supply is fragmented and infrastructure less developed. This arguably gives it a first-mover advantage over some of the larger retail technology players.

Ultimately, the key to Instacart’s success is the fact that it simultaneously provides a solution to both the end consumer and to the grocery retailers it counts as its clients. Essentially, Instacart serves as the middle man that connects supply with demand – a strong position to hold in a rapidly growing and evolving market.