How CPGs Can Stay Healthy With Organic

There was a time when organic was niche. If mainstream supermarkets did sell organic produce, the selection was usually limited and confined to one or two categories. Consumers wanting more extensive choice had to visit dedicated and often more expensive retailers like Whole Foods.

Today, things are different. Organic is not only more commonplace but is an integral part of most supermarket ranges. With sales of organic produce set to hit almost $50 billion this year, the segment is no longer just a niche part of the market. 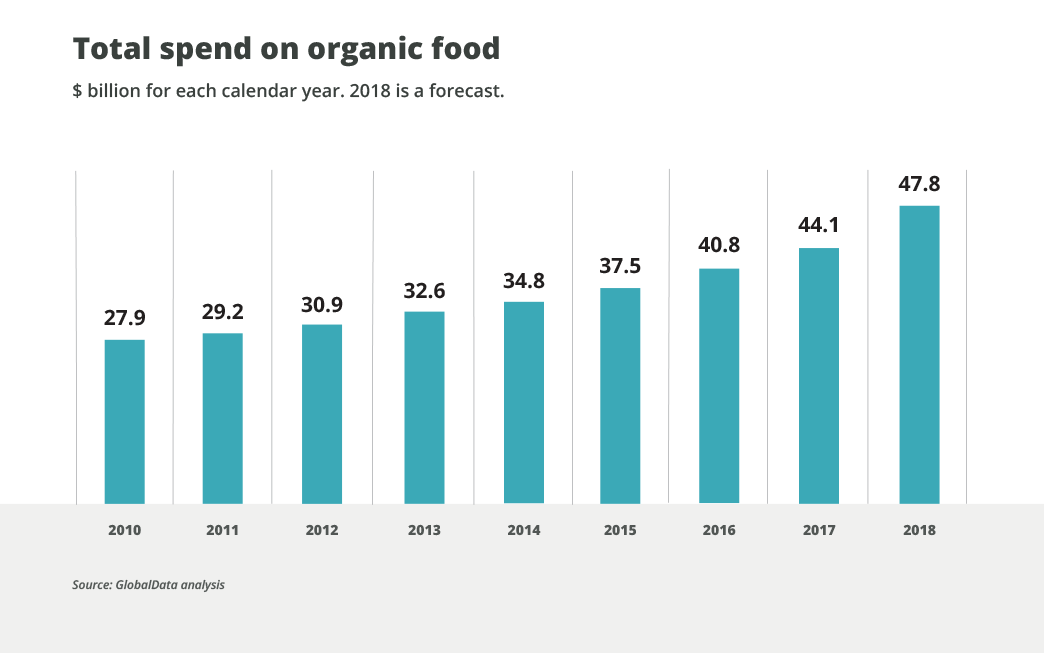 The main driving force behind the rise of organic is consumer demand. Over the past ten years, people’s preferences have changed, as have their views on issues of sustainability and the environment.

Today’s consumers are much more conscious about eating well, and organic food is viewed as a healthy option that is both free from potentially harmful chemicals and likely to contain more nutrients.

Organic methods of farming and production are also seen as more sustainable and better for the environment, which is another area about which consumers have become more conscious. 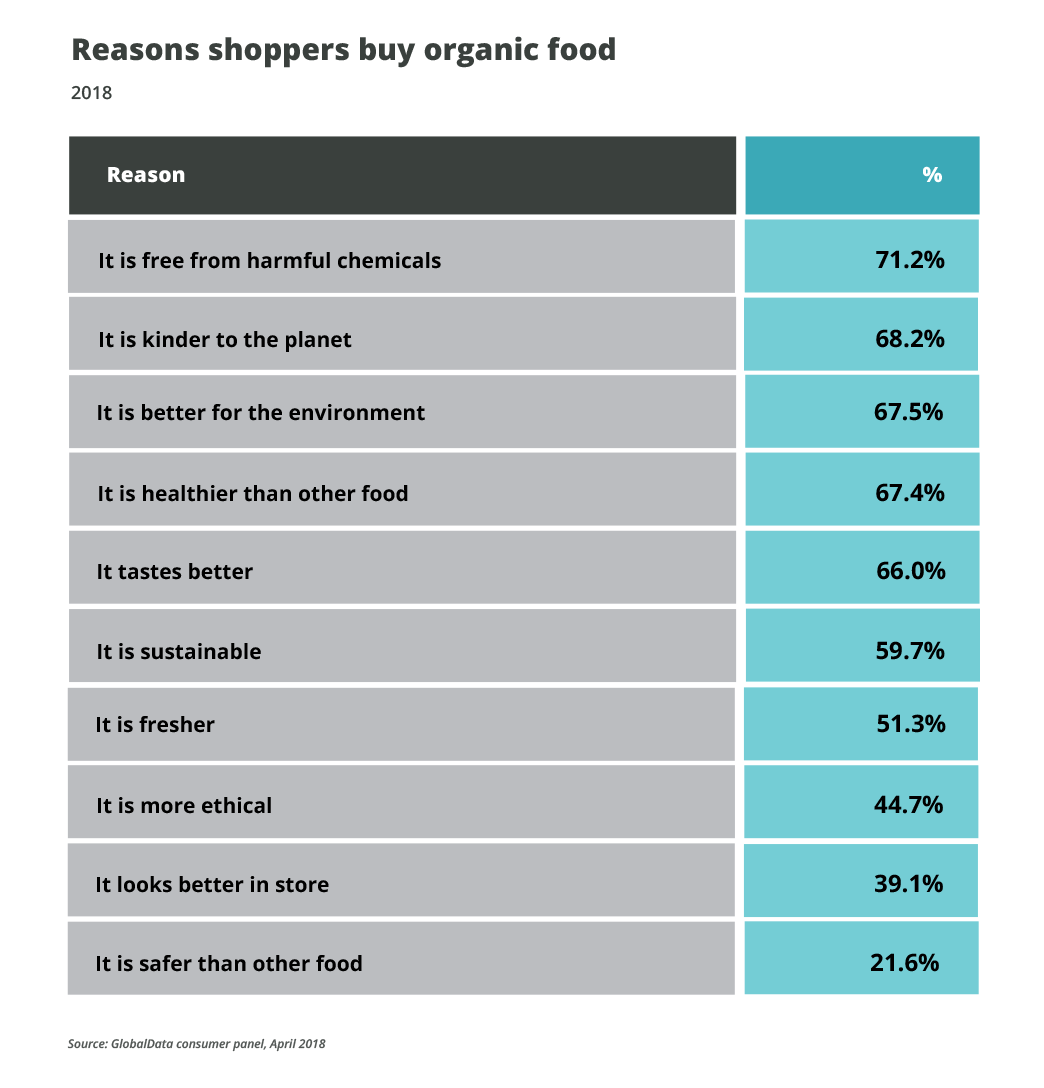 Consumer commitment to these views is solid. Most shoppers acknowledge that buying organic adds to food bills but say the benefits are worth the extra expense. Rising incomes and the falling price of all food, including organic, has no doubt helped many make the switch. Nevertheless, consumers are still, quite literally, putting their money where their mouth is when it comes to organic. 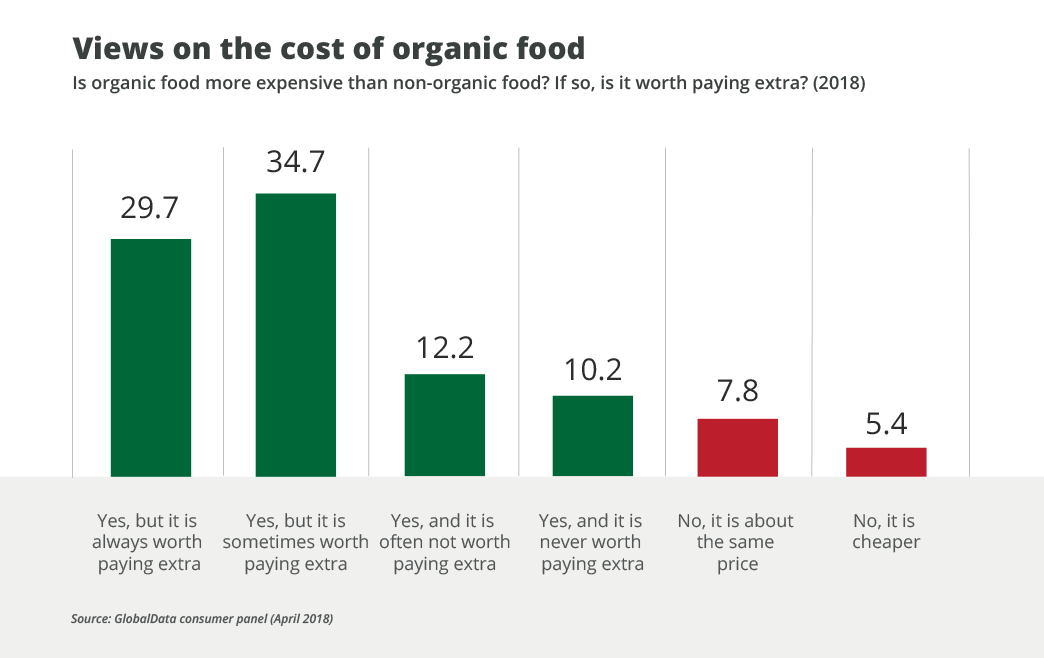 The organic food trend shows no signs of slowing. If anything, it is speeding up as younger shoppers, mindful of the environment, are starting households and taking responsibility for grocery buying.

The implications for CPGs

The rise of organic has already partly reshaped the CPG landscape, but the continued advance of the category means all companies need to be alert to potential opportunities and pitfalls. There are six key things to be aware of.

First, consumers increasingly want more organic options, and CPG companies need to respond to this. While some categories, like fresh fruit and vegetables, are well developed in terms of the organic offer, others, such as prepared meals and tinned foods, lack choice – at least as far as the consumer is concerned. As such, there are opportunities for big CPG companies to expand offerings. The catch is these new products won’t necessarily increase volumes, as they simply capture spend that previously would have been made on non-organic products. 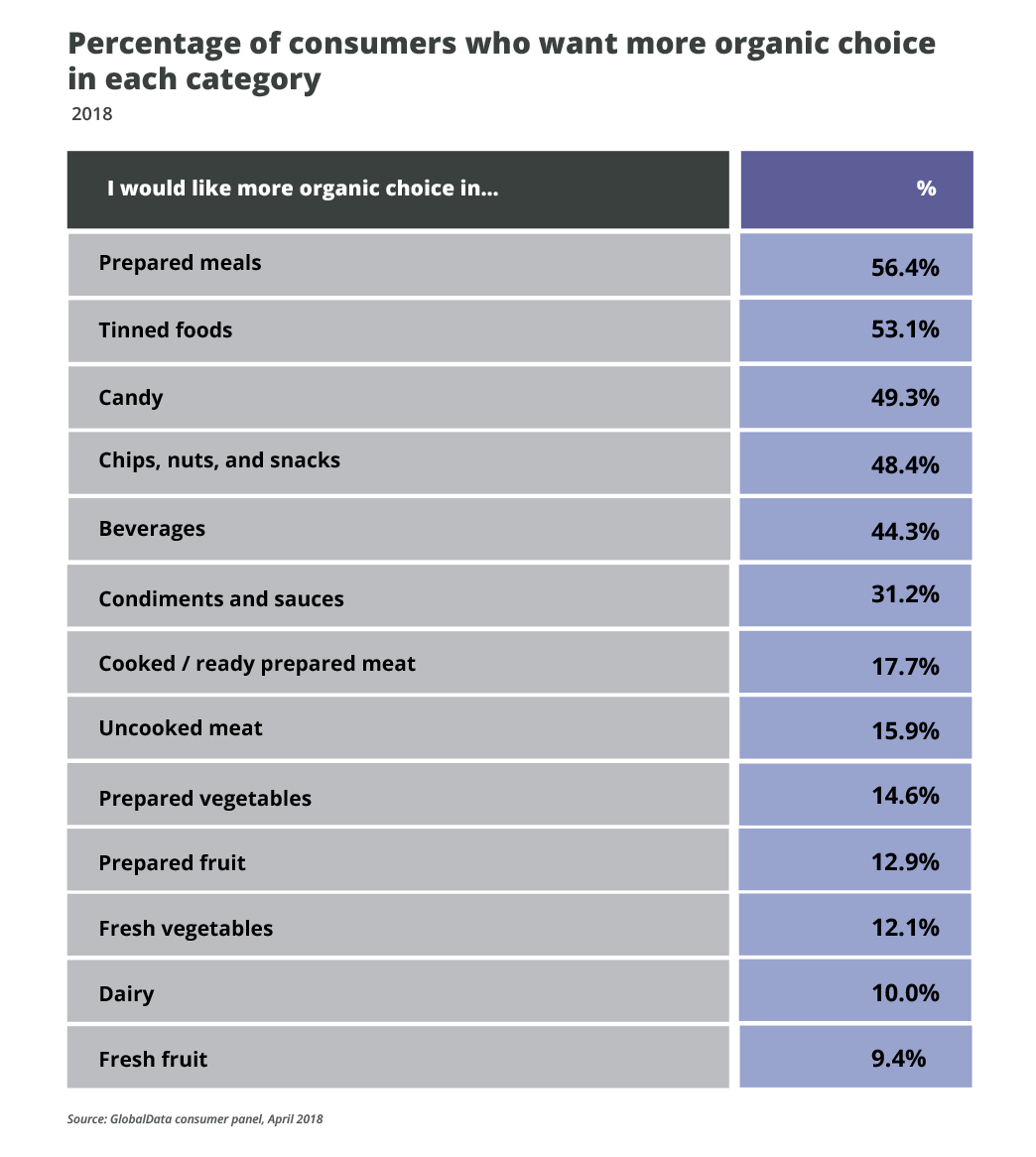 The good news for CPGs is that while overall volumes may not increase by focusing on organic, revenues likely will. As most consumers place a premium on organic products, they are willing to pay more for them than standard items. For categories like condiments and sauces, this premium can exceed 20%. While this price inflation reflects the additional costs involved in organic production, it also allows both CPG firms and retailers to build in additional margin. 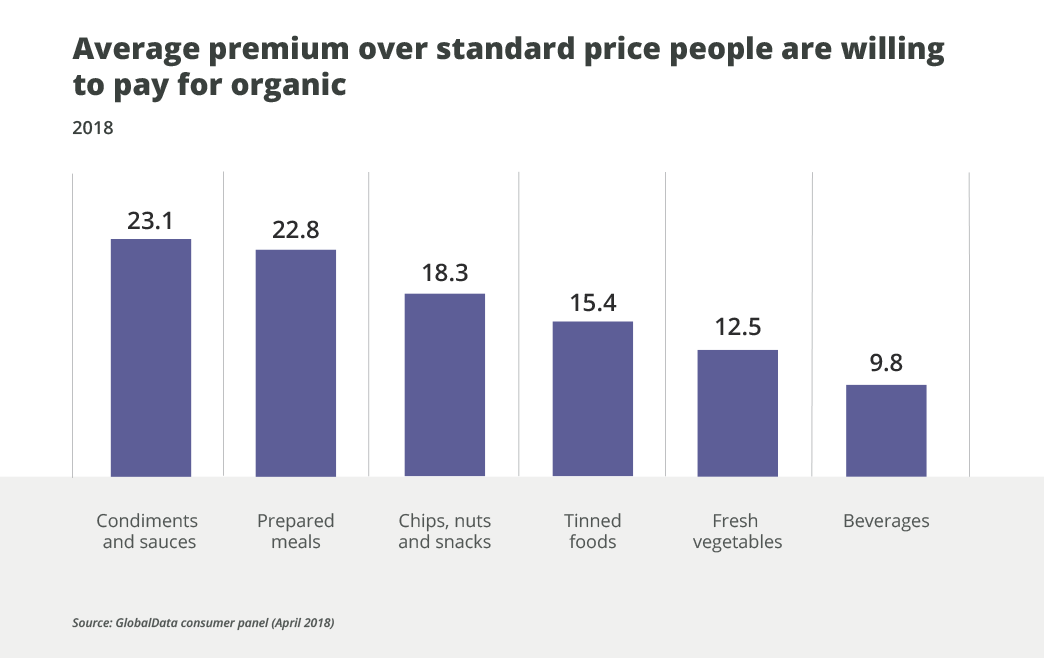 The allure of small brands

Unfortunately for big CPG firms, consumers are much more likely to trust small, niche brands than big corporations, especially when it comes to organic. This is likely because big brands are seen as food processors, manufacturing products in large industrial factories. Rightly or wrongly, niche brands conjure up a much more rustic image of small batch production. The lesson from this is to create sub-brands, either through acquisition or internal development. There are many great examples of this, from General Mills’ purchase of Annie’s to Campbell’s acquisition of Plum Organics. 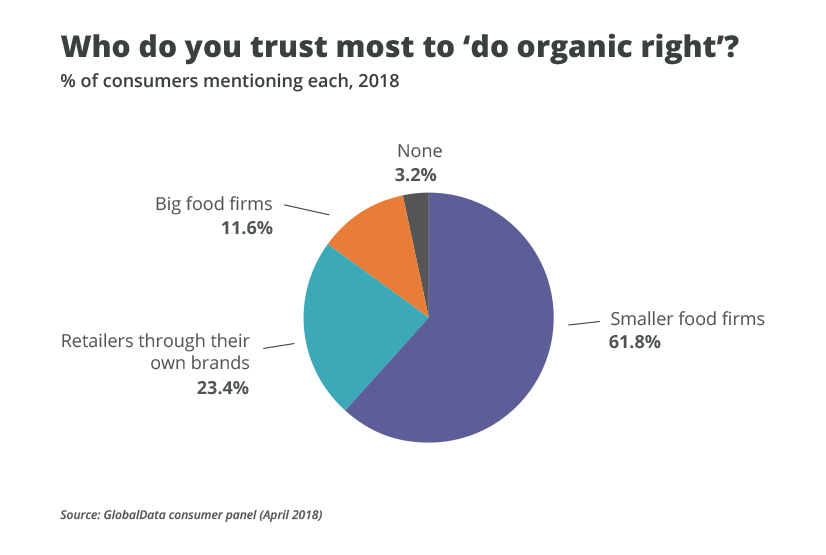 The threat of own-label brands

CPG brands should not underestimate the power of retailers’ own-label products in organic. While retailer own-brands are not trusted as much as small food manufacturers, they are trusted more than big CPG. Brands like Kroger’s Simple Truth, Whole Food’s 365, and Costco’s various organic offerings take billions of dollars between them. Some CPG firms benefit from this by manufacturing private labels, but for others, this is unwelcome competition that needs to be countered with a much stronger organic profile.

Packaging is an important consideration in organic. What consumers look for on organic packaged goods are signals that suggest authenticity, nature and nostalgia. These suggest that a product is safe and wholesome and has a human connection to the producer. As such, developing organic ranges requires CPG firms to rethink not just formulations, but also marketing, packaging, and product presentation.

Although organic is a segment of the market with particular attributes, the factors underpinning its rise hold wider lessons for CPG firms. Consumers’ focus on health and wellness means they are much more concerned about product formulations. Natural ingredients, fewer chemicals, less sugar, and so forth are all increasingly becoming critical considerations in purchase decision-making. This is a trend that CPG firms need to respond to, even in indulgent categories like candy and chocolate.

As dramatic as the rise of organic has been, outside of fresh produce, its share of the market has historically been insufficient to disrupt CPGs. That is now changing, however, and in many categories, organic is at a tipping point.

Its popularity is even spreading to non-food, with organic brands like John Masters Organics hair pomade and Imse Vimse baby diapers capturing consumers’ imagination and spend.

The bottom line is that having a credible organic strategy and proposition is now a necessity for CPG brands to have a healthy future.