It sometimes seems like Target launches a new own-label line every week – such is the pace of brand development nowadays. The past year alone has seen the retailer adding a raft of new sub-brands in clothing, homewares, kids and electronics. 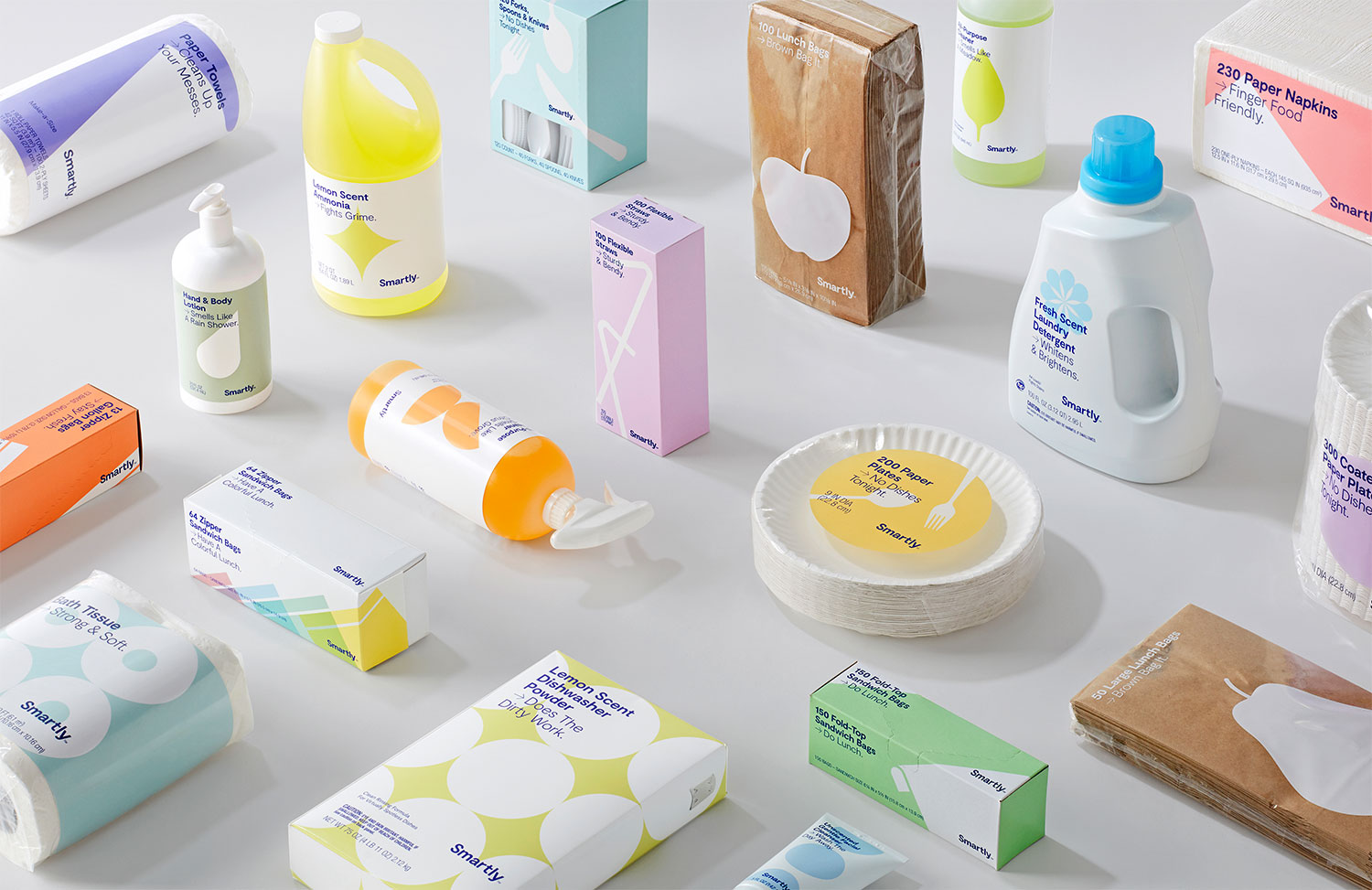 A little bit of history

In 2009, the consumer economy was in a fragile state. The global financial crisis was causing many households pain, and, in response, they changed their shopping habits. One of the most significant shifts was trading down to store brands in order to save some money. At the time, most of Target’s own-brand household products just carried the Target name. However, with strong growth, the company saw an opportunity to up its game and launched the Up and Up brand. 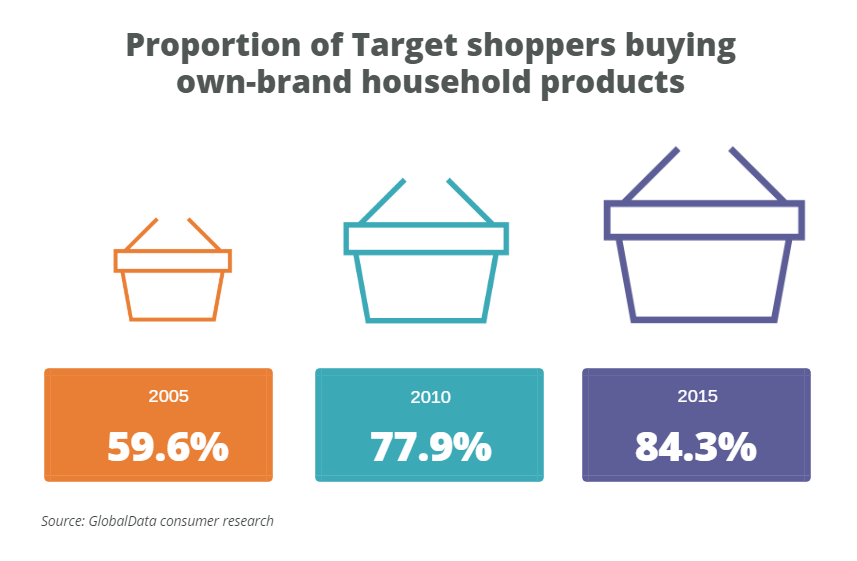 This new label initially encompassed almost 800 items and was designed to be an opening-price tier that offered reasonable quality and good value for money. The line proved to be extremely successful and over time was expanded into other categories such as electronics and stationery.

This raises the question as to why Target opted to launch Smartly, a new line of cheaper products, across many of the same categories Up and Up already serves.

Although Target has by and large remained true to the brand ethics of Up and Up, over the past 10 years the market has changed. More retailers have launched own-label brands, and there has been a much greater focus on value across the whole market. Surprisingly, despite the recovery from the dark days of the recession, consumers have also become more price-sensitive.

Taken together, these dynamics mean there has been a shift in the price perception of Target and its ranges. While most shoppers do not see Up and Up as being expensive, the edge that it once had in terms of value perceptions has been steadily eroded. 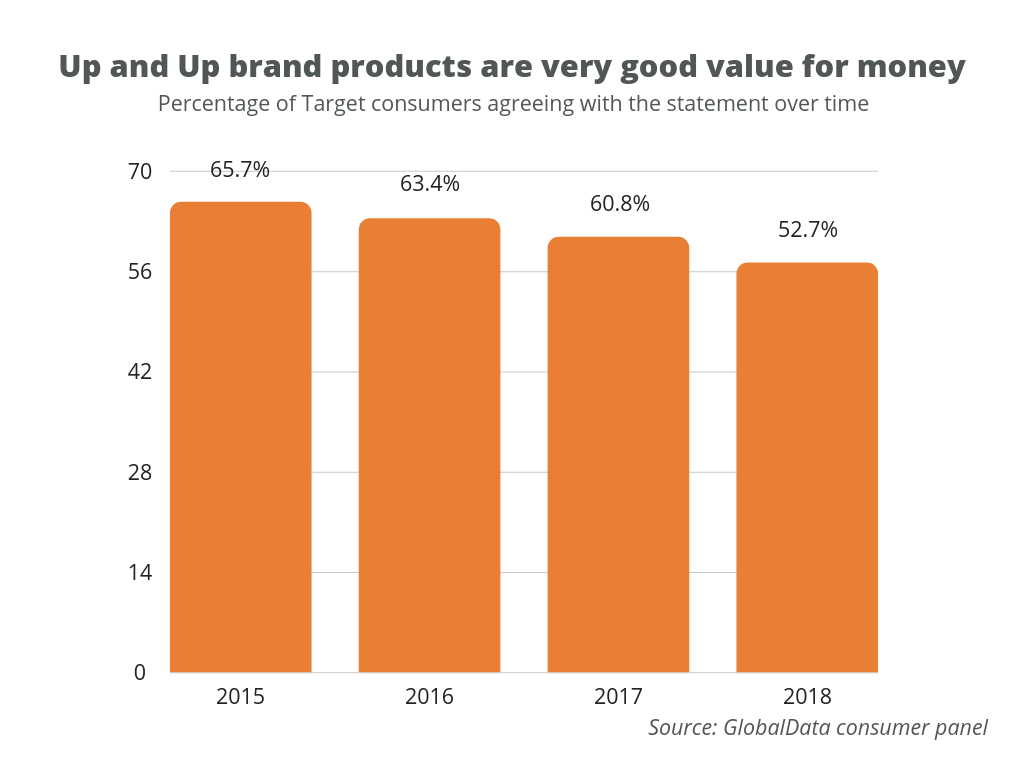 Another interesting dynamic is how different consumer segments view Up and Up. Among older and middle-aged consumers, perceptions of Up and Up are much stronger than for younger demographics. This means that for a key and growing audience, Target’s successful own label is not delivering as strongly as it should. 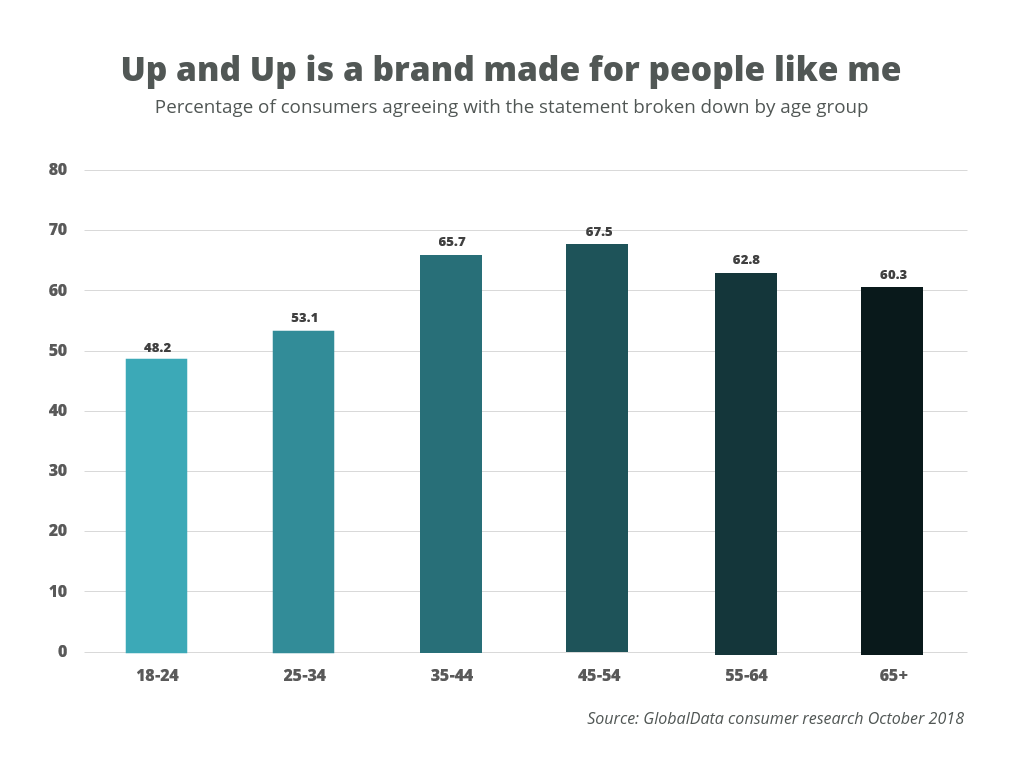 It is also the case that the expansion of Up and Up and its ubiquity in stores and online means that it is no longer seen by as many consumers as being a value brand; instead, it is seen as a middle-of-the-road, mainstream offering.

One big change since Up and Up was launched has been the more flexible approach to store formats, with Target now focusing on smaller stores as opposed to the traditional big boxes. This means Up and Up, which majors on offering consumers savings by buying relatively large or bulky packs, is less relevant for shops in urban locations where consumers live in smaller homes without as much storage space.

All of these shifts have necessitated the birth of the new Smartly brand.

The main thing to note about Smartly is how focused it is. Unlike Up and Up, the brand does not have thousands of options. In total there are around 58 items across a range of household essentials.

This ticks a number of boxes. First, it makes it much easier to put the assortment into smaller store formats where space is more limited. Second, it allows Target to drive volume across relatively few products, which is beneficial for economies of scale and margins. Third, it permits shoppers to make quick value decisions without having to compare a myriad of products – something that is especially useful in smaller stores where speedy, mission-based shops are the norm.

Smartly also addresses the issues of price and value. Most items cost around 70% below national brands and are, on average, 10% cheaper than equivalent Up and Up products. That said, in a few cases – such as trash bags and plastic storage bags – the smaller pack sizes mean that the cost per unit is higher than some of the bigger Up and Up packs. Overall, however, the difference adds up to a very real savings of around $8.56 on a basket of 10 typical items.

There is no doubt that the lower prices will help give Target more of an edge when it comes to competing with dollar stores and discounters like Aldi – especially because a lot of items are priced below $2. However, Target also has another weapon that amplifies the low prices: the fact that consumers seem to trust its new brand, like the look of the products, and believe they will be high quality. Combined with low prices, these things create a real value-for-money message. 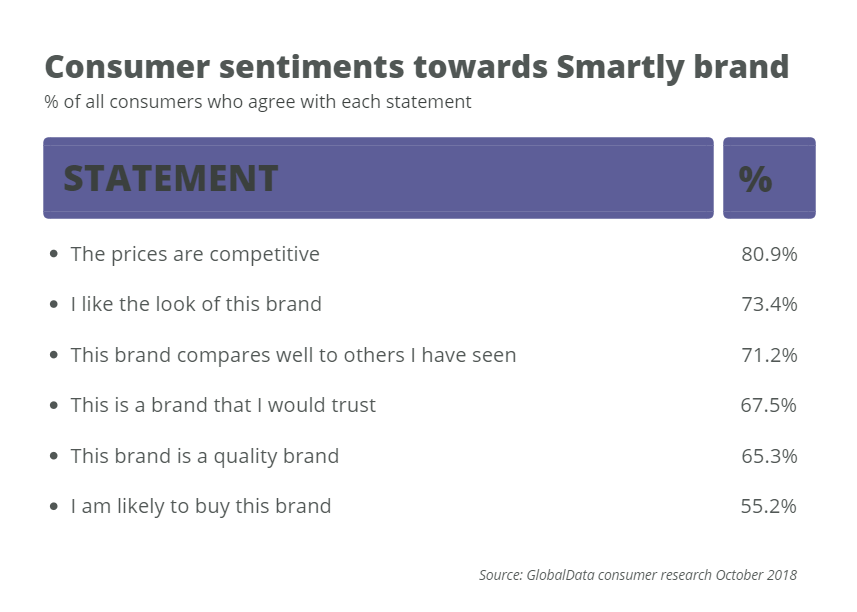 Implications for Target and CPG brands

There is no doubt that Smartly will cannibalize some of Up and Up’s sales. However, aside from the consequences of lower volume and slightly thinner margins, this is a dynamic that Target can manage. Indeed, if the new brand helps Target to draw in more customers or persuade shoppers to spend more of their household essentials budget at the chain, then it will have been a success.

The implications for CPG manufacturers are not quite so benign. Smartly may encourage more shoppers to switch, which will take volume away from national brands. However, even it doesn’t, the presence of an ultra-low-price tier with reasonable quality products will likely reshape price perceptions of the big brands in an unfavorable way. Indeed, the gap between the lowest price available at Target and that of the national brands is now significantly larger in many categories than it has ever been. Perhaps this is not so much of a concern at this stage, but if Target expands the Smartly offer, the problem will only grow.

Of course, the success of Smartly will depend on how Target executes the range. There is a danger that without proper marketing and merchandising, it could get lost among a sea of other products. However, with Target sharpening up displays and point-of-sale materials, both online and in stores, execution is likely to be solid.

At this stage, Smartly has passed the first hurdles: it has been well received by consumers and is designed to address shopper demands. This gives it a fighting chance and makes it a brand to be watched.